The validity of Personality Testing

Beginning with the Hawthorne experiments in the late 1920s, the field of business- and organisational psychology has been a major contributor within organisations, leading to both heightened job motivation and increased productivity. More recently, the Big Five model of personality was developed and with a still increasing number of studies predicting job behaviour based on the Big Five (Judge & Zapata, 2015), this has become the de facto standard within pre-employment testing.

While the theoretical field of personality is hotly debated, it is quite surprising when practitioners within business psychology sometimes argue against using personality tests for recruitment because, loosely paraphrased, “personality can’t be measured”. Obviously, there is something to be said for behaviour being situational – you might for example behave in a non-typical way when meeting the in-laws for the first time. However, adapting behaviour to the situation does not mean that your personality is changing, and one of the key arguments within the Big Five traits is that personality does not really change (McCrae & Costa, 2010).

Setting the greater theoretical discussion aside, there is plenty of evidence that using structured methods for recruitment (such as personality tests or cognitive tests) has high predictive validity. The most comprehensive meta-analysis by Frank Schmidt and John Hunter was recently updated (Schmidt, 2016): based on a gigantic data sample. The authors show, among other things, an overall validity increase of 0.13 by going from semi-structured/unstructured to structured interviews. While this may not seem like a lot, it potentially translates into direct value for the company (see box A). 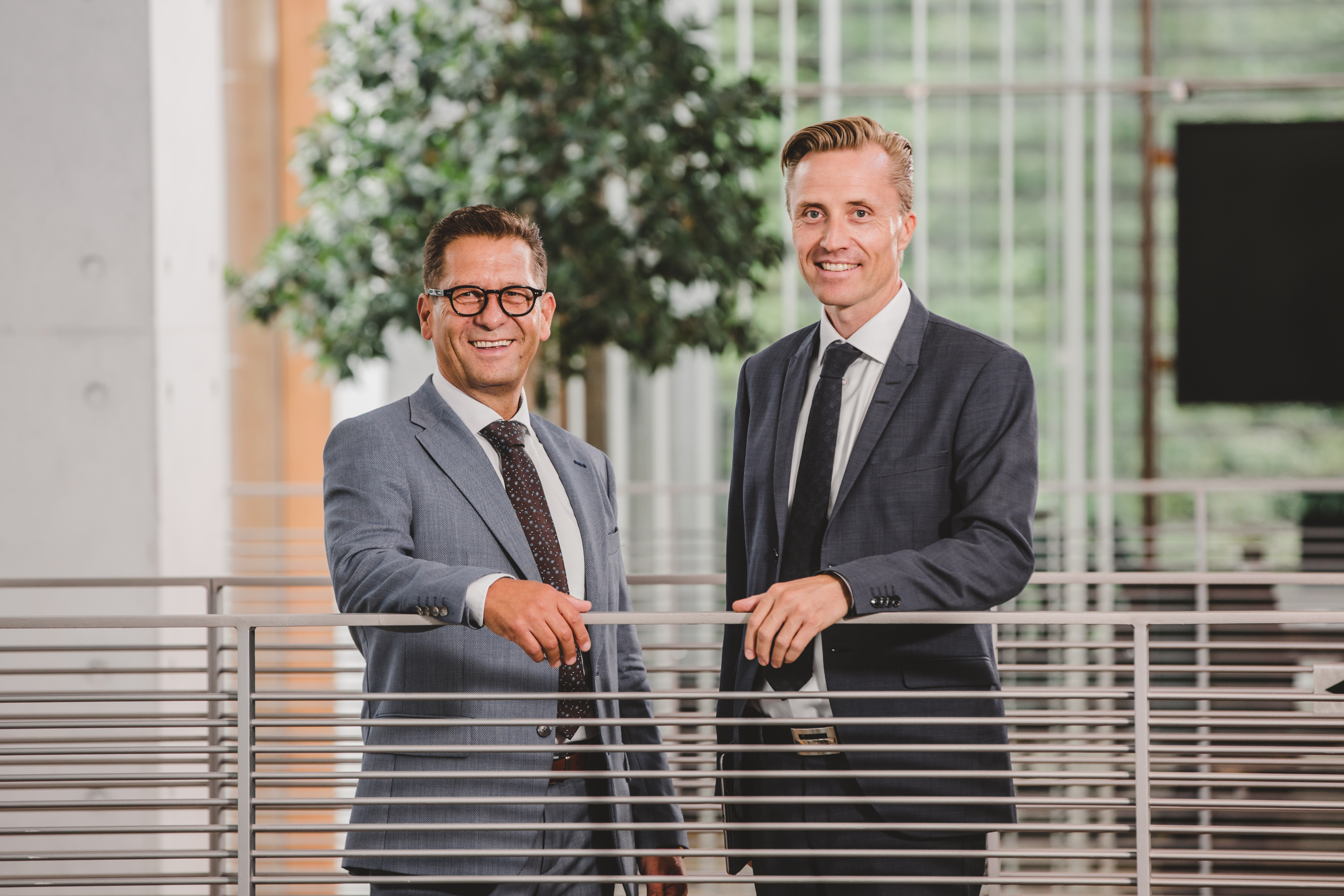 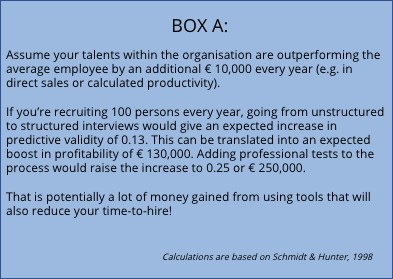 Using professional tests is also good way of ensuring fairness and objectivity and compliance with the ISO-30405 standards. A common perception within recruitment is that experience offers objectivity – the ability to compare candidates impartially. However, there is overwhelming evidence that people can never be truly objective when evaluating each other. Our observations are generally biased by a lot of different factors such as experience, culture and personality interactions (Ambady, Hallahan & Rosenthal, 1995). Even the process of gathering information about a person can bias you positively: studies have shown that when you view a person as an individual (as opposed to a generic member of a group), you will generally evaluate them more positively (Chambers & Windschitl, 2004). Interestingly, there is recent evidence suggesting that your evaluation of a candidate will be biased by as little as looking at that person’s social media profile (Vogel & Rose, 2017). Unsurprisingly, it is an extremely difficult task to form an unbiased view of other people, and this is why ensuring a structured and fair recruitment process should be a major concern for all HR practitioners.

The professional tools you use should help you to achieve this goal and allow you to tap into the field of psychology without you needing to be an expert. Luckily, many modern personality tests offer standardised reports combining test results with a structured approach to interviewing candidates – typically called interview guides. These make it easy to combine business psychology and insights into personality with a structured approach to optimise the objectivity and predictive validity of the recruitment process. Well-designed interview guides can also be used by hiring managers under the supervision of an HR professional with test-specific knowledge.

We have left out one key part of objective assessment: people data. Stay tuned if you are interested in using people data – this topic will be covered in our next blog.

If you would like to read a detailed guide about Personality tests, how and where they can be used, please click here.

Schmidt, F. (2016). The Validity and Utility of Selection Methods in Personnel Psychology: Practical and Theoretical Implications of 100 Years of Research Findings.

Judge, T. A. & Zapata, C.P. (2015). The Person–Situation Debate Revisited: Effect of Situation Strength and Trait Activation on the Validity of the Big Five Personality Traits in Predicting Job Performance. Academy of Management Journal 2015 58:4, 1149-1179.