What you need to know about Personality Tests

If you are looking for a personality test, please click here to find our solutions.

Fundamental to the success of any organization is selecting, recruiting, and choosing the right people. The basic is about gathering information and based on data and information making the right hiring choice.

In terms of recruitment, a lot of processes are in place that have to be gone through, including: job specifications, identifying potential candidates, personal characteristics and last but not least, hiring. This refers to what is often called person-job fit, watching personal characteristics and abilities of a candidate and the demands of a job. When in the recruitment process it must be planned and executed in order to create a successful and positive candidate experience. A positive candidate experience can have an increasingly important effect on the brand and ability of attracting future talent. 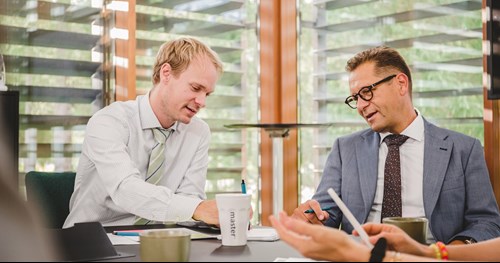 Evidence has been proven to show that testing and use of questionnaires can be powerful predictors of performance. Implementing and making use of structured interviews as well as personality tests can minimise the chances of poor hiring decisions. Poor hiring decisions may often occur based on judgement and evaluation bias.

Understanding that hiring decisions may be affected by bias and personal opinions makes recruiters call for a more systematic and structured approach, where decision-making is based on solid data.

The first step for any recruits in identifying the type of applicant needed for the job. This can be done by means of a person-job fit, determining the demands of a job, which identifies:

Applying and using a personality test for candidates can be done in one of two ways:

Assessment is the process of collecting information and analysing the information based on the candidates qualifications and the demands and needs of the organization. Additionally to using tests, interviews are a typical and critical part of the assessment process. Interviews are a great way to evaluate skills, knowledge and characteristics that are required for a specific job. One of the main challenges with interviews is that there is a larger chance of being susceptible to personal judgment as well as evaluation bias. In order to increase the value of an interview as a recruiter, one should commit to using a set of structured and “standard” questions. This ensures accurate and a fair comparison to all candidates.

Why use a structured approach for data collection? In order to progressively narrow the candidate pool, moving down to next level of assessment and finally hiring the job candidate.

Can I practice or improve at a Personality Test?

A personality test measures the preferences of behaviour. That means that you, as an individual, are not able to answer “right or wrong”, however there might be certain behavioral traits that are more appropriate or attractive in certain situations.

If you have not been exposed to a Personality test, but you’re interested in understanding what type of questions might be asked here are a few examples:

Assess the quality of a Personality test - Reliability

It can be a difficult task to figure out whether the test tools available on the market are of high enough quality to create real value within your company. Fortunately, local agencies that evaluate test quality do exist - for example the British Psychological Society (BPS) in the UK or DNV in Norway. An accreditation by these agencies signifies that a test meets several stringent quality requirements assessed by independent experts, and this is a very good benchmark. But what do you do in countries without such agencies?

What do the reliability numbers say about the precision and quality of a personality test?

In order to fully assess the quality of a test in terms of reliability, it is recommended to look at more than one factor. It would be easier if we could measure the quality of a personality test by looking at a single digit number. Unfortunately, this is not possible, due to the complex nature of occupational tests. Condensing a test's reliability to just one number does not really make sense. It would be equivalent to evaluating a car solely based on its miles pr. gallon (MPG). First, there are many other elements which are important for whether it is a good car, such as safety, horsepower or size. Second, there are several different standards for assessing a car's MPG. Likewise, you can’t evaluate a test's reliability from one number alone. The most important factor in measuring if the car is good or not, is to understand what you need the car for – you need a context.

To do this, it is important to understand what reliability really is. Essentially, reliability describes precision over both time and place. However, to better explain the concept, I’ll instead describe how we study reliability – this gives a good picture of what we are dealing with.

Reliability in tests (in general) can be investigated in three different ways:

Internal consistency.  Internal consistency is investigated by quantifying how well each item in a scale is connected to another item within the same scale. A frequently used statistic is the Alpha coefficient, also called Cronbach's Alpha. Alpha captures the degree to which a scale is consistent in measuring the underlying concept of interest. What we want here is that the items on a scale share as much variance as possible. Alpha captures this shared variance. It ranges between 0 to 1, with values below .65 considered a minimum and values around 0.9 generally considered optimal. When people ask for "a test's reliability", they often refer to the Alpha coefficient as one of the most used measures of the level of precision of a test.

Test-retest reliability.  It may, in some cases, be more relevant to know if the test is stable over time. In other words, do people get the same result if they retake the test after e.g. three months? For example, this is important information if you’re re-testing employees after a period. Using a test with poor test-retest reliability, you won’t know if differences in results are due to test inaccuracy or whether the employee has in fact changed behavior.

Test-retest reliability is typically stated as a correlation coefficient between the different times the test was taken, and ranges between 0 and 1. The higher the association between outcomes on a test on time x and time y, the better (i.e. coefficients closer to 1 are better). Practically speaking, values around 0.7 are good.

Inter-rater reliability.  Inter-rater reliability is investigated by having different individuals to assess the same person. An example could be a 360-degree survey, asking several different people to assess the same person. The likeness of their scoring indicates the accuracy of the tool used. Obviously, personal evaluations confound the results and affect precision. But if the tool used is reliable, you should see a solid correlation between outcome on a test, independent on who administered the test. Preferably, we want to see association above 0.6.

Parallel versions of the same test are not often used for businesses, as it requires developing the “same” test twice and then investigating how similar the results from both tests are when they are filled out by the same person. Here you will typically want to see correlational values higher than 0.8.

Understand the numbers in their right context

The reliability of a personality test is by nature a complex topic. In the end, you want to know whether a personality test is “good” or not. However, that cannot be established based on one number alone. As a minimum you’ll need the context. An Alpha of 0.7 is certainly not "good", but if we are talking about test-retest reliability, then that number would actually indicate that the test is stable over time.

To make matters even more complicated, knowledge about reliability is not enough to assess the overall quality of a test. You also need to look at validity – which we will take a closer look in an upcoming article.

Our Personality test, OPTO has been accredited and approved by BPS and DNV. You can read more about it here.

What about faking results in a personality test?

How do you prevent faking in personality tests?

Those dealing with and in charge of hiring in an organization will relate to the fact that employee performance levels vary across jobs. This calls for use of selection and recruitment tools that can predict and identify differences for job performance. However, will the recruiter be able to trust that the tool will be unbiased and correctly identify the behaviors and traits of interest?

Personality testing is growing and is becoming an important tool of use in many organizations. They are often used for screening and evaluating the person-job fit and evidence shows that personality tests do predict job performance (Judge et al. 2002, Judge et al. 2013, Barrick et al. 2001).

What is the goal and use of a personality test? To accurately and precisely be able to describe and explain characteristics of behavior. Concerns about the manner of reporting do arise. Since the assessment is conducted by means of self-reporting many worry whether candidates will attempt or try to answer in a manner to seem more socially desirable. This has been an ongoing discussion within personality testing. The rise of concern causes organizations to minimize the risk of faking a personality test. How is that done? We can only speak from our experience and knowledge.

Dealing with concerns about faking

Our personality test, OPTO comes with in-built technology called Spotlight. Here is a brief summary of how it works. Spotlight is based on theory built on cognitive psychology as well as the theory about decision making. This theory states that responding to a cognitively demanding answer (effortful thinking) is qualitatively better than answering or giving a more immediate answer (intuitive thinking). Therefore, an item in a questionnaire may be framed differently multiple times in order for the candidate to re-evaluate their initial answer.

Spotlight presents items in a forced choice format, which is known to minimize and even eliminate faking. This is due to the fact that the candidate is forced to prioritize. To learn more about OPTO, click here.